In the United States market for medical marijuana, two states immediately come to mind as the most developed markets: California and Colorado. But a third state now stands poised to join those two as the next thriving U.S. medical marijuana market.

That state is Florida – a state that voted to legalize medical marijuana back in November 2016 and is projected to see compound annual market growth of 140% through the year 2020. 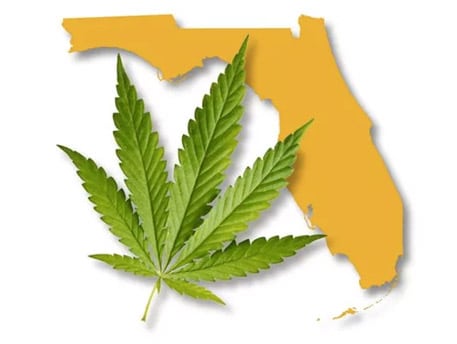 The red-hot growth now being seen in the Florida market has captured the attention of investors searching for the next high-upside legal marijuana play. One company – a firm with rapidly-growing Florida operations – has an experienced leadership team in place with a proven blueprint for legal cannabis success.

That company is Liberty Health Sciences (CSE: LHS); (OTCQX: LHSIF) – one of just 13 licensed producers and sellers of medical marijuana in the state of Florida.

Liberty Health Sciences (CSE: LHS); (OTCQX: LHSIF) was initially launched with $25 million in funding from Aphria Inc. (TSX: APH), one of Canada’s leading producers, suppliers and sellers of medical cannabis – a company with a market cap of $2.3 billion. 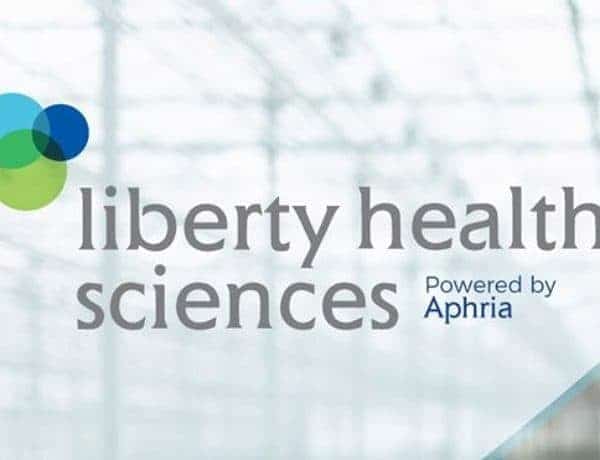 The purpose of Liberty Health Sciences’ launch was to acquire and operate U.S.-based companies in the medical cannabis market. Liberty is committed to delivering high-quality, clean and safe pharmaceutical grade cannabis to patients.

Aphria Inc. has a widely-recognized reputation as one of the lowest-cost – and most successful – producers in the Canadian cannabis industry…and now Liberty Health Sciences (CSE: LHS); (OTCQX: LHSIF) is bringing that expertise to the United States.

This makes Aphria the first Canadian cannabis company with a focus on cultivation and distribution to penetrate the U.S. market.

The proven expertise that Aphria brings to the table with Liberty Health Sciences (CSE: LHS)includes…

On February 16, 2018 the company announced that it had closed the acquisition of a 387-acre parcel of land in Gainesville Florida that was previously owned by Alico Citrus Nursery, LLC.

This property will become the home of the new Liberty 360 Innovation Campus, with 200,000 square feet of state-of-the-art greenhouses and a new 12,000 square-foot processing area for the extraction and refining of cannabis oils.

This acquisition helps to establish Liberty Health Sciences (CSE: LHS); (OTCQX: LHSIF) as one of the leading medical cannabis providers in Florida.

As recently as July 2017, Liberty Health Sciences had just 11,000 square feet of growing space which could produce 800 kgs of marijuana annually. By comparison, the overall goal – including this new acquisition – is to increase grow capacity to over 200,000 square feet with annual production of over 14,000 kgs by the end of 2019. 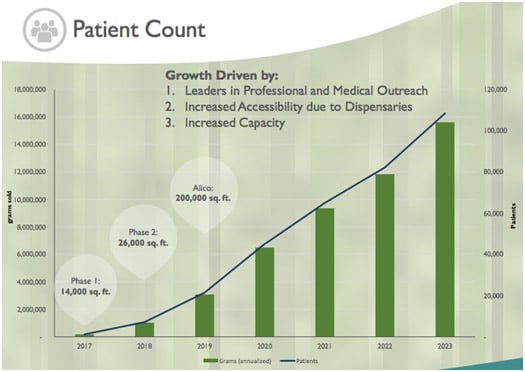 On the distribution side, Liberty Health Sciences announced in January 2018 that it has opened its inaugural medical cannabis dispensary in Florida, strategically located in The Villages, the state’s largest retirement community.

Why has Liberty Health Sciences focused its initial U.S. efforts in the state of Florida?

According to a report by industry research firm New Frontier Data, Florida’s medical marijuana market is projected to grow to $1.6 billion by 2020.

In fact, by 2020, Florida is projected to have a larger medical marijuana market than Colorado’s $1.5 billion projection.

“Florida has the potential to be one of the largest medical markets in the country,” said New Frontier Data Founder & CEO Giadha DeCarcer. “The state is home to the nation’s largest percentage of people 65 and older, a demographic for whom chronic pain is commonplace.”

But as Florida’s cannabis market grows, early-stage producers must scramble to expand quickly in order to establish a sizeable market share.

This creates a scenario where companies with strong leadership – and excellent capitalization – have a clear advantage.

Liberty Health Sciences (CSE: LHS); (OTCQX: LHSIF) has the unquestioned knowledge and leadership of the Aphria Inc. team – an advantage no other U.S. producer can claim. And as for capitalization, the company has a strong balance sheet with available cash in excess of $20 million.

Liberty Health Sciences holds an unmatched advantage over other U.S. cannabis producers when it comes to proven leadership.

That’s because the executives leading this company have a track record as industry leaders – establishing low-cost operations thanks to Aphria’s innovative methods and technology.

George Scorsis brings over 15 years of leadership experience to the Liberty team having led companies to rapid growth within highly regulated areas such as alcohol, energy drinks and, most recently, medical cannabis. Scorsis served as the President of Red Bull Canada and was instrumental in restructuring the organization from a geographical and operational perspective, growing the business to $150 MM in revenue. In that role, he also worked closely with Health Canada on guidelines regulating the energy drink category. Most recently, Scorsis was with Mettrum Health Corp as President and was fundamental in shaping MettrumTM&MettrumOriginalsTM. Under his leadership, the company was acquired for $430 M. Scorsis is a proven leader dedicated to providing results in business growth and development and brings a wealth of CPG experience to this exciting, burgeoning industry.

Experienced C-Suite leader Rene Gulliver brings over 30 years of experience in finance, business development, and operations to Liberty Health Sciences. Before joining the team, Rene worked with Dream Global REIT as their CFO where the business grew from $1.4 billion in assets to just over $2.8 billion through acquisitions. Working with the capital markets in Canada and Europe, he was responsible for raising the funds to support this growth while maintaining acceptable capital ratios. Before his tenure at Dream Global REIT, Rene was CFO of the Americas at Cushman & Wakefield where he was responsible for financial oversight in the United States, Canada, South America and Mexico. Prior to these roles, he held senior positions at a First Service company as well as Royal LePage, where he was responsible for restructuring those organizations. His financial career started at PwC as part of their Mergers and Acquisitions group, focusing on international transactions.

Vic Neufeld is Co-Founder and Chief Executive Officer of Aphria. Mr. Neufeld is the former CEO of Jamieson Laboratories (“Jamieson”) Canada’s largest manufacturer and distributor of natural vitamins, minerals, concentrated food supplements, herbs and botanical medicines. Mr. Neufeld brings 15 years of experience as a chartered accountant and partner with Ernst & Young and 21 years as CEO of Jamieson. During his tenure with Jamieson, the company went from $20 million in annual sales to over $250 million and expanded the company’s distribution network to over 40 countries, building Jamieson to a globally recognized brand name.

Aaron Serruya began his career at age nineteen as a co-founder of YogenFrüz. Aaron was also involved at various levels, in Coolbrands® and Kahala Brands®. Having over three decades of experience in the retail franchising sector, in addition to his position as a Managing Director at SPE, Aaron is currently the President of International Franchise Inc. (home of global brands such as YogenFrüz®, Pinkberry® and Swensen’s® Ice Cream), which has over 4,500 frozen yogurt and ice cream franchises worldwide, in over 50 countries. Aaron’s operational expertise is a driving force of his strength, which includes strategic planning, quality control, and marketing. Aaron specializes in Mergers & Acquisitions.

Investors in search of high-upside opportunities in the U.S. legal marijuana market would be wise to consider the forecasts of strong growth in Florida over the next two years.

Liberty Health Sciences (CSE: LHS); (OTCQX: LHSIF) has a number of factors that make the stock worthy of investor consideration, including…