I’ve done a bit of work over the weekend and wanted to show you the similarities in stock markets “crashes” in both the U.S and Canada.

Below  is a 25 year chart of the SP 500.You can clearly see, the current level is the absolute best the SP500 could do over the past 25 years. Not even with the invention of the most sophisticated and influential communications device man has ever created (The Internet) back in 2000, coupled with massive employment, massive corporate earnings and massive global growth could the S&P push past its current level around 1550 – 1600. What on earth could possibly be the driver now? 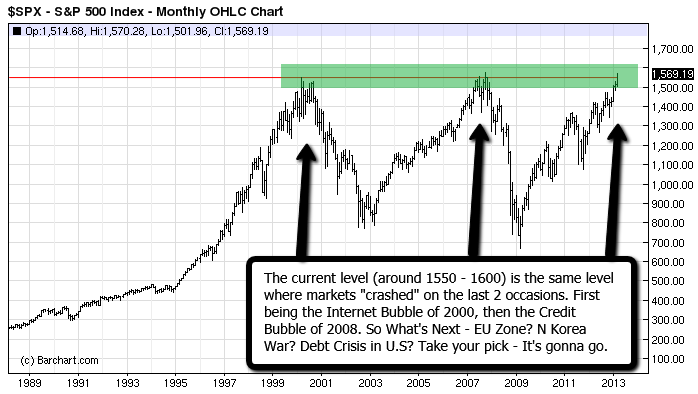 Now have a look at Canada’s “TSX” over the same time period, and notice something concerning. The TSX has not participated in this last “blow off top” run that the SP500 is currently experiencing as (in my humble view ) it’s purely been fabricated by the Fed’s massive liquidity injection of 85 billion dollars per month.

Canada’s TSX Index is already showing signs of weakness in not even reaching the previous 2008 highs. It appears to be rolling over.

Considering that a large majority of Canadian stocks are resource and commodity related, one could argue that these companies may exhibit some resilience  ( and /or even prosper ) in the face of a falling US dollar, and flows into gold and the precious metals. Although if history provides any lessons here – fear is fear, a crash is a crash – and as U.S equities go….. Canada may not be far behind.

Certainly something to keep an eye on. 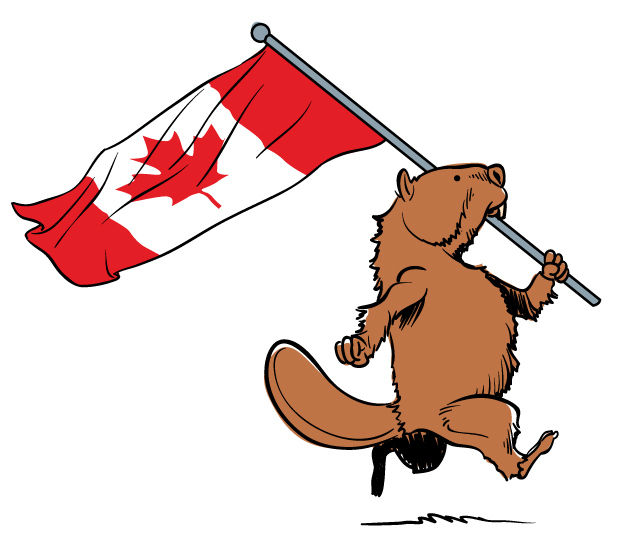